What are metallicolous grasslands and plant interactions?

Metallicolous grasslands are plant communities developping on soils with high content of metal elements (copper, lead, arsenic, zinc, ect.). These habitats are either natural soils deriving from the weathering of rocks with high metal content or from old mine site tailings. Plant species occurring in these habitats are generally stress-tolerant species. These metallicolous grasslands are both exceptional in terms of biodiversity, as they are the result of tens or hundreds of generations of evolution in stressful environments, and in terms of rarity, as there is only a limited number of sites where they can be observed. They are also unique resources that could be exploited for the development of phyto-managment technologies including revegetation.

When plants are growing close to each other, they can have an effect either positive or negative on their neighbour. These plants are interacting. In mettalicolous species, present species are expected to be proned to positive interactions (i.e. facilitation), similar to other stressed environments (dry or cold for instance). Facilitation indicates that some metallicolous species, by their presence and development, can modify their surrounding environments allowing the mitigation of stress factors. Then development of neighboring beneficiary species is improved. 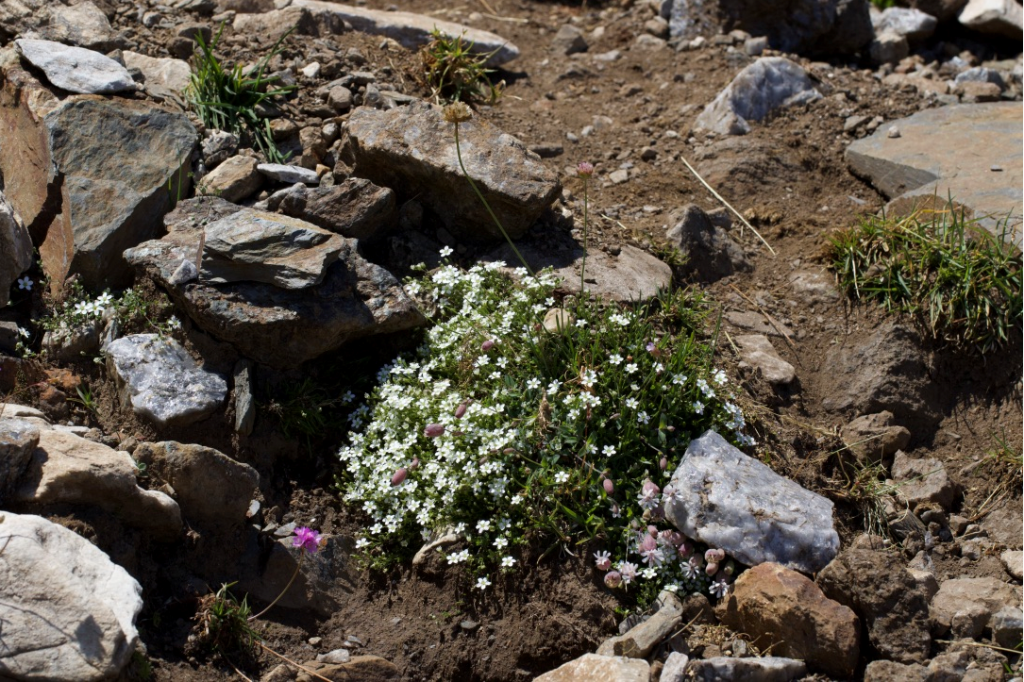 Objectives of this research axis:

The main aim of this research axis is to better understand several factors along metallic gradients in soils (from low to very high presence) including (i) functional strategies of plants (how these species grow, survive, reproduce in the studied environments), (ii) the importance and direction of plant interactions and their changes along metallic gradients, (iii) determine which species are associated as a result of facilitation, (iv) what the driving mechanisms of facilitative effects are. The anticipated results should help to propose solutions for ecological management of these habitats.

Methodological approaches are diverse. They combine: (i) measurements of plant functional traits to better characterize species strategies, (ii) observation of patterns of association among species and (iii) in situ plant interaction experiments. These different approaches are implemented in different sites of the Biros Valley, either at the mountain belt at the Bocard d’Eylie and the old Uretz’s ore-whashing plant (La Plagne site) or in the Chichoué area at the subalpine belt.